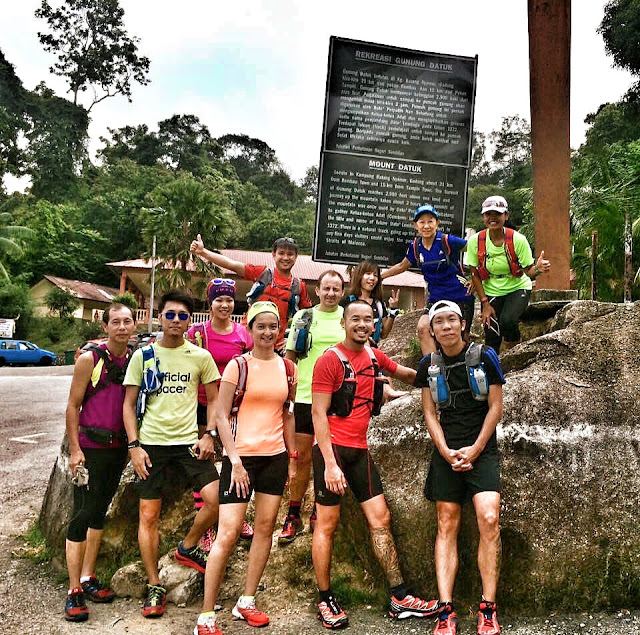 Having heard about Gunung Datuk and seen several pictures on my Friends Facebook albums, I just never thought I would be gamed to trek this mountain at all.

After gaining the confidence and experience from conquering a mini mountain at Gunung Lambak recently, I mustered that little courage to try this slightly tougher climb.

Prior to this climb, I had done some research online for the intensity of the climb, the 'risks and heights' I had to conquer; and scariest part was knowing that I had to climb a series of shaky wobbly ladders to reach the summit. I had mentally sabotaged myself and I kinda regretted for doing that research. Ha!

So on a fine Sunday three weeks ago, a Friend formed a group of 11, hired a Van and transported us 4 hours away from Singapore into Rembau, Negiri Sembilan, a rather small town just an hour away from KL.

We set off at around 6.30am, had breakfast at a coffeeshop in Johor Bahru and reached the foot of Mount Datuk at around 11.30am.

While a handful had experienced the trek before, most of us were first-timers at this particular climb. So half went ahead with two loops and some of us 'enjoyed' a leisurely climb up the mountain.

For the leisure Trekkers, it took us about 2 hours up to the summit, where we spent about an hour having our lunch whilst enjoying the scenery and an hour down to the base.

The trek up was pretty straight forward as it was a straight climb towards the summit. The challenging part was from the first half where there were endless 60 degrees slopes with loads of tree roots and rocks.

As we approached the summit, we were greeted by huge rocks and boulders. Some of which were more than 20 feet tall. It was an intimidating sight; at least for Margaret and me. Just when I saw the sign after the strenuous climb, I thought I had completed my mission (I forgot there was another challenge ahead of me - and that was my real challenge!) To reach the peak, we had to climb 3 sets of ladders - the first which was the steepest one, followed by second which was relatively easy and the third was where my legs turned jelly.

My thoughts at that moment - just climb and don't look down or look back. For the sake of at least one shot of me looking 'gung-ho' I had to pose with one hand off the ladder (honestly, I was sweating cold droplets lol).
At the peak, we were pleasantly greeted with a stunning view atop the hills. It was definitely a much more rewarding view as compared to Lambak where we saw nothing but a view blocked by trees.

I did not pose for many pictures as I was trying to stabilize my feet from the fear of the final ladder climb. I honestly had mixed feelings as I was part enjoying the view and partially wondering how I was going to go make my way down those scary ladders.

Thankfully Seb was with me and he supported me with step by step instructions on how to turn my body towards the ladder as I made my way down (tip when going down the ladder: have your body facing the ladder - it provides better support). I hesitated several times and he was very patient with me. Frank too had helped me with the first ladder downwards and unfortunately he got stung by a bee whilst waiting for me to move my way down. Those were some very humbling moments for me.

While I don't mean to scare new Trekkers thinking of climbing Mount Datuk; in my opinion, the only scary part was the ladder climb.

I would like to encourage you to step out of your comfort zone: if someone like me who has a relative fear for heights and danger has done it, you too can do it!

For first-timers, perhaps below is a helpful tip on what to bring: a bag filled with adequate hydration of about 1 to 2 liters of water, a light lunchbox, some insect repellent and most importantly, a supportive partner by your side.
Logistics: Private Van transport (approximately SGD$400), RM$5 entrance fees (no guide required for Mount Datuk) and some cash for Breakfast and Dinner.

I am already looking forward to my next Trekking trip to Mount Angsi where there will be some challenging obstacles too. Can't wait to share my experience with you in my next blog. Till then! 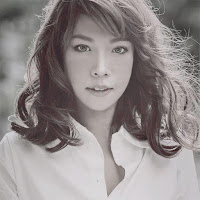 Hello!
I am Cherlynn.
This is my soul space where
I share my experience on Travel,
Fitness, Style and just about
everything under the Sun!
Happy Reading!